Who ever said that children were born innocent has never really watched a pre-school playground. I love kids, I really do, but they can be little terrors; they can also bring you some of life’s greatest joys. During my time teaching a gaggle of them, I found words of instructions coming out of my mouth that absolutely applied to everyday problems and issues that we as adults often face. Some are quite obvious and some you have to think about, but they all have relevance, from two years to 20 years, to 92 years. Let me tell you what I learned:

Share. Play goes smoother that way
I’m sure you can imagine it:  kids used to playing by themselves when suddenly put in an environment with other kids often have a hard time with sharing and – dare I say it? – collaboration. So you have Megan playing sweetly by herself, and suddenly Colin has snatched her clay/crayons/car/etc. It escalates, and we have a screaming fest or tantrum on our hands, and teacher has to come in, mediate, and teach how we can play together and create something beautiful.

I was going to explain how that applies, but I’m pretty sure that I just depicted a scene from someone’s office just now.

Say please and thank you
This is where we teach gratitude to our kids, and the awareness that not everything comes to us “just because”. I loved this because when my precious Ethan (terror 80% of the time and melt-your-heart-just-plain-cute the other 20%) understood how being nice and kind and grateful felt, the biggest grin would come over his face, and he started acting much kinder to the others. When he wasn’t biting, but I’ll get to that later.

When we are grateful and cast off the sense of entitlement, I believe it opens up a new world of wonder and pleasure. We learn appreciate what we have and treat them with respect, both possessions and people.

Look forward if you’re walking forward
I always laughed at this one. We’d be walking down the hall and Isaac would inevitably have his head turned behind him with his body moving forward and bump into the other kids. Enter the domino effect. I talked to Mia’s mom about this tendency, and she said she has a freezer full of ice packs.

Life is full of distractions, and we may want to dwell on some sad, or even happy, event in the past. But if you have a goal and want to move forward, then that’s where your eyes should go.

After lunch, change your pants and take a nap
The ritual after lunch was changing diapers and getting everyone went down for a nap. My fellow teachers and I had perfected a routine from Ben, who fell asleep in his food, to Chloe, who you had to practically lay on for her to fall asleep. There was an oasis of calm, and the kids were raring to go when they woke up. If they missed their nap, well, I believed I used the term “terror” a time or two?

We need a break. When we keep pushing and keep pushing, our productivity actually decreases. We need to take the time to recharge and refresh, because let’s face it, most everyone around you can tell you need a break when you get cranky. Take Mr. Grumpygills for a short swim, and everything will look different when you get back.

No biting – physically, emotionally, or verbally. It’s just not a good idea
Kids get to be about two, and some find that they want to try their teeth out. On everything and everyone. It’s a way of acting out, especially when they don’t have words (also addressed later), but you and I know that it has to be confronted. It’s just not socially acceptable to deliberately bite people when you’re angry or can’t get your point across.

And just because the person doesn’t have teeth marks from the emotional or verbal incident they experienced doesn’t make it okay, either.

When you hurt someone, say you’re sorry and give them a hug
This lesson usually came after the sharing or biting incidents. We would sit both parties down, admonish who ever needed to be admonished, and then encourage this interaction. I was constantly surprised at how willing the kids were to offer forgiveness when asked. It was instantaneous most times.

There are a number of terms for this – keeping short accounts, being accountable, whatever. The long and short of it is take responsibility for your actions and do something about it. You may gain a best friend for life.

Don’t say no to the Teacher. Life gets difficult if you do
Of course sometimes, the terror overtakes the child and they become stubborn and obstinate and they throw a screaming fit. Life doesn’t go their way, and they stand there defiant, stare you in the eye and shout “No!” All of a sudden, they find themselves in a corner, or standing by the fence looking longingly at the other kids at play, and wonder how it came to this.

I’m not promoting that totalitarian state here. I’m just pointing out a couple of things: be respectful, and be reasonable. If you don’t like something, have a conversation, not a tantrum.

Drink lots of water
I learned this from a continuing ed class – kids get to playing, enjoying themselves, forget to drink, and it causes chemical imbalances in the body, all the way to the brain level. They act out not (only) because they’re little terrors, but something is going on. When an incident happens or is starting to escalate, the first thing we did was make them drink water. Oh my word, the difference in behavior when they were re-hydrated was amazing!

People, the human body is more than 50% water. When things are going downhill, re-hydrate.

Use your words. Problems get resolved quicker
I think this may be one of my favorites. Ian would come crying to me after someone did something, or a toy broke, or something. He would cry and point, but wouldn’t say anything. These kids could talk – sometime too much – but for some reason, in great distress, crying is the modus operandi. I got to the point where I would wait out the crying and then ask them again to explain what happened. Some kids would catch on quicker than others and learn to talk and cry. As long as I understood, I was cool with that, just give me a bone I can work with.

Let me just throw this out there – the silent treatment does not work. If you want to solve your problems, use your words.

Don’t throw stones
For some unknown reason, one corner of the playground had large gravel instead of sand. I’d like to meet the genius who thought that was a good idea. The kids loved it though. I think some of them had low iron; we’d be constantly telling them to spit it out, and ten little rocks would fall out of their mouths. And when the frustrations of the moment built up? You guessed it, flying stones. We had quite a few “say you’re sorry and hug” moments on the playground.

I don’t really need to outline that emotional, mental, and verbal stones are just as bad, sometimes more so. In our personal frustration, let’s not throw any type of stones.

I jokingly (most of the time) refer to these little angels as little terrors, but left unchecked, we have a world full of adult terrors. I learned valuable lessons teaching those kids, and translated them to “life skills” workshops at my job. It’s amazing the eternal application of childhood instruction. 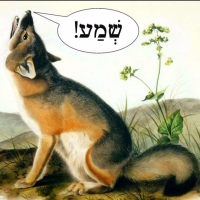 Sites to check out

“Our deepest fear is not that we are inadequate. Our deepest fear is that we are powerful beyond measure. It is our light, not our darkness that most frightens us. We ask ourselves, Who am I to be brilliant, gorgeous, talented, fabulous? Actually, who are you not to be? You are a child of God. Your playing small does not serve the world. There is nothing enlightened about shrinking so that other people won't feel insecure around you. We are all meant to shine, as children do. We were born to make manifest the glory of God that is within us. It's not just in some of us; it's in everyone. And as we let our own light shine, we unconsciously give other people permission to do the same. As we are liberated from our own fear, our presence automatically liberates others.” -Marianne Williamson, Quoted by Nelson Mandela at his 1994 Inaugural Speech

Copyright, sharing, permissions, and all that jazz

Leaving Egypt is only the beginning of our journey...

Because choosing Purpose over Perfect is the only way to make Progress.

journeying to watersheds with the Spirit

Examining Scripture from a Hebraic perspective.

A lifetime journey to explore what matters most

Chronicles of a Single Christian Single

Unsolicited comments from a 30 something Christian Woman